I am confused by the analytics view shown in Bufferapp. Consider the 2 tweets i posted this morning:

One has 0 (zero) clicks and one has close to 200. I am not questioning the 0. It’s a known fact Twitter engagement has gone down. Disappeared. But… I am fairly sure that nobody clicked on my other tweet either. The number shown must be the total number of clicks on this bit.ly link, right?

Is this useful for me?

Why show me the total number of clicks worldwide on this link? My educated guess is that Bufferapp (or any other Twitter stats tool for that matter) can only count clicks via the URL shortener service. I.e. close to 200 clicks where registered for http://bit.ly/P0Hjpe. Which is somewhat misleading. Or, in other words, it shows me which tweets are truly original vs entries which are just part of a larger echo chamber.

I guess, it can be said in this day and age, we really need to closely at how stats are derived.

For example, a tweet starting with @name will still generate up to 10 views on Flickr. While the tweet is public and can be viewed by others, I sincerely doubt that the views displayed on Flickr are *human* views. 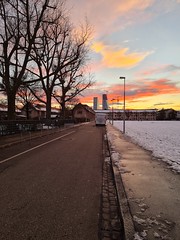 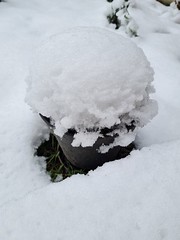