socializing the losses and privatizing the gain

Some factors you learn about in Economics 101, e.g. independent central bank.

I cycled to the Glatscheria in Basel for 2 delicious flavors of ice cream.

I had lemon and melon. Cost 7 CHF. Delicious and creamy.

Summer in the city…

What is the best Twitter client? I’ve tried several web and smartphone apps. Here are some observations:

Despite all odds, i use the web version of Twitter a lot. Mainly cos browsers are ubiquitous. Twitter is trying to improve the display and usability. Newest addition: possibility to add photos. Performance and stability have improved enormously over the past year. I haven’t seen the fail whale for a while.

I would greatly appreciate

I liked this web app in the beginning. But I’ve stopped using it. Cos some months ago it really pushed Direct Messages (DMs) in my face. And it wasn’t aware that i had already viewed these. In addition, as Twitter reduced and tightened access to the API, it had performance issues. Brizzly was an early mover and showed the potential of Twitter integration with photos and other web apps. I like the Twitter trend feature, where users can explain trending hashtags.

At the time when Twitter rolled out the (controversial) Retweet button, Brizzly allowed us to add a comment to a retweet. My ideal Twitter web app is an interface without all the bells and whistles, minimal use of AJAX, no fancy auto-lookups, no images integrated, and really fast and reactive. Pure HTML. While looking for an HTML-only Twitter web app, I stumbled across Streamie: I would like them to reduce even more. Focus on speed and performance. Although those very factors are limited by the Twitter API.

My favorite Twitter app is on the Mac.
Twitter for Mac is by far the fastest, most responsive Twitter app I’ve ever used. Very close if not identical to the iPhone variant. End of search.

But this is a multi-operating system household (Ubuntu, Windows 7, Windows Vista, Mac). Which means I have also been investigating Windows-based Twitter apps. A recent find is:

The column layout reminds me of Tweetdeck. I haven’t really put it to the stress test yet. Though I am hoping that it will provide a good native app for Windows. Cos i love to hate Adobe AIR used by Tweetdeck and Lazyscope.

I use Lazyscope regularly cos it visualizes articles and images in the panel next to the timeline. I follow a lot of world and tech news. Lazyscope is a cool way to read article links in the same view. Much like Flipboard and Paper.li. At the same time it’s a Twitter client with all the RT and post a tweet goodness that you can expect. I use the following smartphone apps:

I use an old version of the free Echofon app on my 1st generation iPod Touch. Works ok.

I like the BB app for Twitter. It was pre-installed and it’s close to the Twitter for Mac app in functionality and all. And – for me – the BB is easier to type on than the iPod touch keyboard.

The major challenge ahead
Third party apps are getting hurt by Twitter’s unpredictable API changes, feature changes and acquisitions. While on the one hand it is understandable that Twitter want market share “on the last mile”, it is the surrounding Twitter eco-system which has made Twitter itself so successful.

One of the downsides as a user is the limited access to my own data, c.f. previous post on data silos. 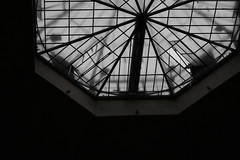 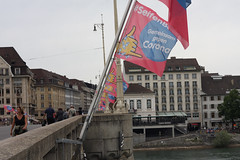