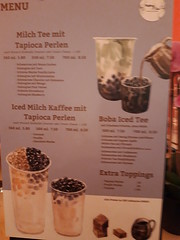 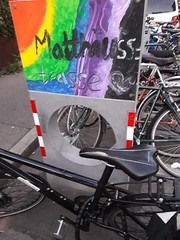 Photos of the Beyeler Museum in Riehen, Basel-Stadt.

Yesterday, I set my alarm to 6 am and jumped on the 7:33 train to Zürich-Oerlikon. On a Saturday. To attend a barcamp on media.

If you are unfamiliar with the concept of barcamps, a barcamp is a conference that organizes the talks by itself, on the day, Someone provides some rooms and infrastructure such as wifi and screens. And they send out invites via Twitter and other social media channels.

And that’s how i found my way to #medienbc, the event’s hashtag.

In yesterday’s case, the Medien-Barcamp organizers had access to the rooms of SRF, the Swiss public radio and TV station, in Zürich.

It’s not my first barcamp. I’ve attended many and even presented topics at some. Yesterday I was in listening mode.

Here’s a brief recap of the talks that I attended:

First, I attended a talk by Markus on Voice User Interfaces. He provided an excellent intro to the rise of voice. He says many new jobs are being created in this space. And I made a mental note to look up SSML.

Fabian and David invited us to discuss how to get more “old” people engaged on social media. The discussion covered a lot of ground:

Next, I listened to Vincenzo talk about the challenges and learnings of setting up an email newsletter for a small regional newspaper. A very honest and useful talk. His newspaper uses a tool called Revue, by a Dutch startup, cos it’s even simpler than Mailchimp.

I peeked into the session on no-budget video production. I would like to learn more about this.

I listened to a talk on analytics. Not new for me, but I was curious to see SimilarWeb. It looks a lot like SEMRush.

We looked at the stats for Nau.ch that had just announced it is now making a profit. The stats showed Nau.ch is investing in organic search. Markus recommended that journalists do keyword research for their articles. I would think that is obvious by now.

In the last session of the day, I got valuable advice on how to prepare to speak in front of audience or take part in an interview. In my own words:

Thank you to the organisers and participants for an enjoyable and fulfilling event. Good food, awesome location, great speakers. I like barcamp sessions cos we can leave out the sales speak and dig deeper. I feel excited and encouraged.

Here is a handheld shapshot taken along the river banks of the Rhein during dusk yesterday evening: 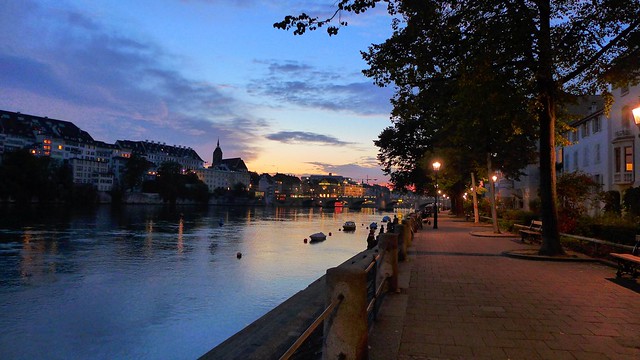 When I moved to Basel many years ago, some of my conversations went like this:

Nchenga at Chiperoni.ch: I really like Basel. It’s got a lot of cultural events, museums, cinemas for a city of this size. It’s well-connected, has a great public transport system, just the right size, etc.

I heard the same comment several times. Until it occurred to me.
Many Swiss cities are located near a lake. Zürich, Geneva, Lausanne, Luzern, Lugano, Locarno. A sizeable city needs a lake.

I followed another recommended walk from the little yellow booklet, published by the Swiss heritage society. This time I headed to Murten to see the city wall. It was snowing quite heavily. The lake was invisible in grey clouds. But still fun.

Especially with a cup of hot chocolate. I took the S3 from Basel to Saint-Ursanne today. It was beautifully sunny.

BTW, I am planning to work my way thru this little guide by the Swiss Heritage Society.

I finally found the top 500 list of top hardware, telecomm, networking and software companies in Switzerland.

If you know where – it’s easy to find…

Mlle A. points to online marketplaces for handmade products in Switzerland.

How many online services did you sign up for, use once or twice, and then never return again?

In my case, that would be lots of ’em. Some of them are really popular services like Digg or Mister Wong, where I just haven’t found a personal use case, or I’ve got a substitute or workaround. While some of them have disappeared, like leze.de or gada.be.

Here’s an idea for a blog post which I’ll update as I go along and find more unused websites in the backwaters of my Internet history.

Sites I tried, but which I don’t use anymore:

Sites or services that I visit regularly:

My favorite RSS feed by far:

it’s official: September 2006 was (a lot) warmer than August 2006.
For the full comparison see:
SF METEO

I just zapped into the making of Vitus on Swiss TV:

A film I really enjoyed. If you get a chance, go see it esp. in dialect…

It’s raining cats and dogs in Basel. I hope this rainy weather will not result in floods and landslides in the mountains. Yesterday I saw War of Lord* at the open air cinema on the Muensterplatz. I was lucky: it didn’t rain! It’s a good movie and realistic. And the movie definitely brings its message across. Category: Must see.

update:
*an offline commentator pointed out that I got the film title wrong. It’s Lord of War, starring Nicholas Cage.

This looks like a neat idea:
a sling bag with flexible solar cells

coComment is a Swisscom spin-off… based in Bern.

(Wondering: Would a regular print encyclopedia include an overview like this?)

Feel free to come along.

Just got back from the Swiss Bloggers meetup in downtown Basel. It was fun sharing experiences and talking about tools and seeing the blogger “in person”. As Bamboozled had announced a couple of journalists came by asking questions about blogs, star bloggers… and the future development of blogs.

Here’s an interesting production playing at the Theater Basel.

The stage is the streets of Basel…
I saw an interview with Dani Levy, and I’m planning to go see the show.

[Update Saturday Oct 30] I managed to get hold of a ticket despite the fact that the show is sold out for the season. Sometimes it helps to voice your leisure plans at work…

The play starts in the courtyard of the city prison. Headphones and rain capes are distributed. And then the entire set, audience, sound and light engineers move from building to building in the St. Johann’s Quartier of Basel. Video and live scenes mix. And there’s an excellent use of the real setting. At times I felt I was witnessing real disputes as a passer-by, in other cases I felt I was watching a movie.

Highly recommended. A great show! Different but not too experimental. Plus you get to know another part of Basel…