I attended the WordCamp in Zurich last Saturday.

It’s been a while since I attended a similar geek event and I enjoyed listening to others.

It was encouraging to hear about WordPress. I’ve used WordPress since September 2004. And it’s truly a great sign of continuity that WordPress is still here. Not only that, but there’s a thriving community and a company that want to keep it that way as well.

Secondly, it was encouraging to hear from other bloggers and web developers.

Here’s a quick run through my Twitter notes and faves (like a Storify summary of Tatort on Spiegel.de ;-)).

First talk I listened to was on trends in enterprise blogs. I found this talk useful for my day job.

Comments are being disabled on Enterprise WordPress sites #wcch

Large, enterprise blogs have switched off commenting and are experimenting with new forms of integrating user interaction, e.g. by using annotations, or by asking specific questions, or moving comments entirely to Facebook.

Techcrunch moved comments to Facebook, away from wordpress #wcch

What @qz observes in terms of #longform (via @rosso) #wcch pic.twitter.com/EvlD8jGrQf

Regarding content length, short texts and long analysis articles (aka Longreads) work best. It’s the mid-length texts between 500 and 800 words that are read least frequently.

And many of the enterprise sites use extensive email marketing to bring readers to their site.

The slides are here.

Next talk that inspired me was by Vitaly Friedman. He had a fun starting point by looking at typewriter art in the late 19th century, which led to ASCI art and teletext.

If the Internet hadn’t appeared, we would all be teletext designers and developers.

Vitaly had some excellent UX examples. His message: details matter for usability.

"URLs are the most valuable currency we have on the web" – Vitaly @smashingmag #wcch pic.twitter.com/zrFo4wyg08

Another very enjoyable talk was by Paolo on virtual offices and distributed teams. First thing to note it’s not only about tools. The tools should not be the first thing you try to solve when setting up a distributed team. Three common mistakes are

Recruiting is a very important part of distributed teams. And because your team is in different places and different timezones, managers need to empower their team members. Managers must trust team members to perform and deliver their work packages in time, in high quality.

Managers: Give up being a proxy. Give them power to make decisions and enable direct communication. think peer-to-peer @p3ob7o #wcch

Distributed teams: don't start with tools but they are part of it #wcch

Successful blogging? Learn how to become yourself. This guy is funny and to the point, so read his blog at http://t.co/WbuadIBMYp #wcch

I liked Christian Leu’s humorous talk about how to become a successful blogger. His point was there are tonnes of articles on successful blogging. There’s no point in repeating this.

Many long-term bloggers have moved to Twitter and are blogging less. Main reason given by many is lack of time. As a result, @leumund presented 10 simple tips to find more time for blogging.

It’s important to stay true to yourself.

.@leumund : Blogging on your own domain is getting more difficult

In summary, it was an enjoyable day.

Videos of the talks will be published WordPress.tv at some point.

Observation:
There were several talks on maintaining multilingual sites with WordPress. For me this is a sign, that WordPress is used increasingly in a Swiss business environment. Many Swiss websites (even for SMEs) need to display in German, French, Italian and English. My humble tip: Consider using Drupal instead of WordPress for multilingual sites. Maintaining multi-language sites is part of the Drupal core.

While listening to others present, I thought of two WordPress presentations which I could present to share some of my more recent learnings and experience:

Blogging in an imperfectly multilingual world

On communication within a distributed team

The end of time 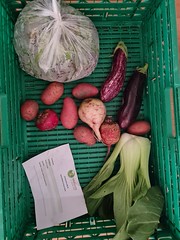