Somewhere deep inside of me, I have this blog post bubbling up and forming about identity. It is influenced by my own state of being an eternal foreigner, an Auslandsdeutsche. But also influenced by other observations on organizational cultures and the changes within the internet.

I started watching this talk by Anil Dash:

He says being a blogger in the early years (a decade ago, from approximately 1999 to 2006) was an identity. Bloggers had a shared set of values. There was a culture and a common understanding.

Nobody calls themselves a Facebooker.

I recommend viewing this video and reflecting on the thoughts. 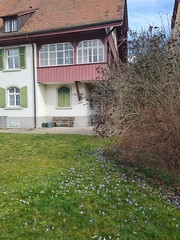