Twitter lists are its most powerful and least-used feature.
(Source)

While I am fully aware, that Twitter lists have lost significance in the past years, I still maintain a list on Malawi. Social media content about Malawi during general election time, or about President Mutharika’s death, proved to be fairly accurate.

Obviously, a tweet on its own is just raw material. It needs further analysing and fact-checking.

Why Twitter? There is still lots of misunderstanding and one-sided reporting regarding African countries. Largely due to ignorance and the way mainstream media continue to report about the African continent.

Best way to change this perception? Well, one way is to tweet and share your views and opinions. Some ideas:

In my humble opinion, Paper.li is a great way to visualize articles. E.g. Malawi Tribune by Mabvuto Banda 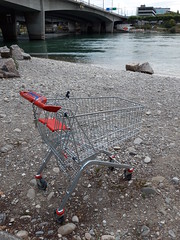