There’s a CNN TV report on the shortage of qualified medical personnel in Malawi. I zapped into it yesterday. It shows the dire situation at Mulanje District Hospital and in a rural dispensary. They interviewed a volunteer doctor from Uganda, a midwife who works in rural villages, a couple of Malawian doctors that are working in Manchester, UK:

According to the report, at one point in time there were more Malawian doctors in Manchester than in the whole of Malawi.

I’ve seen some hospital wards and I agree that the task is daunting. The wards are overfull. Patients and their guardians often lie on the floor in the corridors, under the beds.

Regular readers of Chiperoni know that I’ve been pointing to various blogs and articles on this topic from time to time. The dire conditions described in the report are realistic.

How to stop the brain drain? This is not an easy topic, cos every employee will – and needs – to look at their personal situation. Although this is not only about money, the salary plays an important role. Cos one salary needs to supports a lot of dependents. As one of the UK-based doctors says in the report, he can support more relatives with the better UK pay. I read somewhere that the amount of money transferred by Western Union back to Africa exceeds the foreign aid provided by the US and the EU (cf Africa: Sending Money Home) and is probably a lot more effective.

I’m against policies that bar qualified Malawians from working in the US or in Europe as suggested in the report. That’s not the way to go forward on this. The better way is to improve the work conditions in Malawi. I believe that many Malawians would consider returning if some of the surrounding conditions would improve. Cos all is not golden in Europe.

In the 70s and 80s, most of Malawi’s doctors were trained in the US and in Europe. They had a hard time adjusting to the conditions they found when they returned back home. Many stayed in the West. In the 90s, medical schools were set up to educate doctors within the country.

Factors that influence a personal decision to emigrate:

I studied at the Malawi College of Accountancy in Blantyre and we often discussed the greener pastures of Botswana and beyond.

There are only 100 doctors and 2,000 nurses for Malawi’s 12 million people because many health care workers trained in the country now practice in developed countries, which pay higher salaries. Rich countries also provide better working conditions for doctors, as the HIV/AIDS epidemic in Africa has added a “heavy burden” to health care on the continent, the Times reports. In addition, many health care workers in Malawi have become sick with HIV/AIDS or have died. Nearly 15% of Malawi’s adult population is HIV-positive. Some hospitals in Malawi have resorted to hiring retired medical workers to fill the gaps, according to the Times. Atta Gbary, the World Health Organization’s Africa adviser on human resources and health, said the shortage of medical workers in Malawi means that when donors offer funds “it is impossible to use them because the people are simply not there to work anymore.” According to Gbary, 23,000 medical workers leave Africa annually and there are only 800,000 medical workers working on the continent currently. Malawian Health Minister Hetherwick Ntaba said the country should require its medical workers to serve several years in the country after completing their training. He also said that foreign governments that employ medical workers from Malawi should compensate the country for the cost of training new doctors and nurses. The United Nations estimates that it costs $100,000 to train a specialist doctor in Africa.

A shortage of health workers in Southern African countries is undermining access to antiretroviral drugs in the region, according to a Medecins Sans Frontieres report released on Thursday, the AP/Houston Chronicle reports. According to the AP/Chronicle, the report focused on the conditions in South Africa, Malawi, Mozambique and Lesotho.

(update)
As Victor rightly points out, the CNN report is very one-sided, esp. regarding the images and the way the sick are portrayed. There are many Malawi doctors and nurses that serve their country conscientiously against all odds.

muli bwanji? thanks for your comments.

I did not like the way the TV report suggests that the west should not hire Malawian health professionals.

Just think: You might be moving to the UK because of other personal reasons, not economic.

And if I’m qualified for a job, I should have the same chance to get the job as other applicants. If they would not select me ‘cos of my place of birth that would be very exclusive.

I agree with you. There is a lot of bias in the west towards Africa. It’s all safari game parks and poor starving people.

While I agree with the facts of the documentary, I have problems with several issues: First the way of portraying Malawians in the film. I wonder if they could have shown some European or American dressed/undressed and sick even dying that way in a film as they did with Malawians. Wouldn’t that amounted to abuse of human rights?

Secondly, I have reservations on the choice of the people and soundbites and shots involved. They appear heavily edited and selected.

Thirdly, the whole issue is really complex and it is good they mentioned that a bit but I guess more multisectoral approach needed to address the whole problem.

Finally there is quite some bias in the west against Africa. Even when there are good and positive things, they don’t highlight them at all. I wonder if CNN would have screened that if as a Malawian I produced it!

I hope there are no hidden agenda behind these docs. 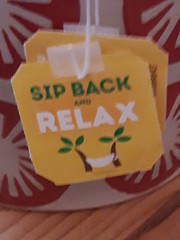